Items related to Awakening to the Dream: The gift of lucid living

Hartong, Leo Awakening to the Dream: The gift of lucid living

Awakening to the Dream: The gift of lucid living 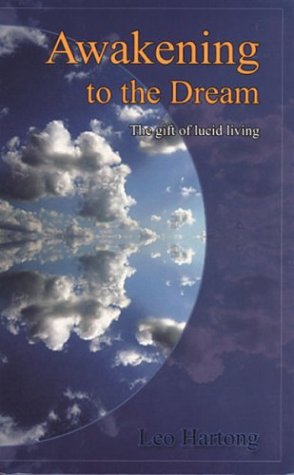 Awakening to the Dream talks about the gift of lucid living, surprise of re-cognising the mystery of our collective and true identity, and about re-membering the treasure trove within.

Leo Hartong lives and works in the Netherlands. Life is his study and teacher.

He has tried many roles and is currently simply sharing in, and pointing to, What is.

The mind not only appears in Awareness, it tends to confuse its own intellectual activity with Awareness. In fact, Awareness is not a product of the mind, but the mind is a product of Awareness- the silent and permanent background common to everything, including the mind and its activity. Like the screen on which we watch a movie, this background is generally ignored in favor of the impermanent activity that appears on or against it. Zoom out, and Awareness and its content unify in a Self-luminous singularity about which nothing can be said or known for the simple reason that anything said or known is part-and-parcel of this singularity. p. 40

Awareness is the consistent characteristic in and behind all experience, yet it is also that which most easily escapes our attention. Attention is not the same as Awareness. Our brain is designed in such a way that giving attention to something automatically implies ignoring something else. We see the stars and ignore the space; we read this text and ignore the page; we see the movie and ignore the screen; yet it is obvious that the ignored space, page, and screen are as fundamental to our observations as the stars, the text, and the movie, which hold our attention. This is an important point, as the mechanics of attention often get confused with Awareness. Attention works through noticing something in contrast to something that's ignored, while Awareness is the non-dual space that sustains both the noticed and the ignored. Attention may require effort; Awareness simply is. Everything that comes up is contained in and embraced by this Awareness, including objects perceived as "out there" (rocks, cars, other sentient beings) and emotions, thoughts, and feelings experienced as "in here." In this sense, Awareness is as much in the body-mind as the body-mind is in Awareness. Compare it to a clay pot, which contains space and at the same time is contained by space. Breaking the pot will not affect this space. p. 61

Another way of seeing this is to follow your path backward. Instead of going after the realization you want, look to where the want arises; then take another step back and observe from where the "I" arises. What is the silence before the "I"? What is this no-thing-ness, this absolute presence? Does it strive to get something or somewhere? Does it need to become something, or does all becoming arise from and in it? p. 82

It is the sort of experience that people who want enlightenment are looking for; and many have confused it with enlightenment, as did I. What is generally overlooked, however, is the silent background in which both the experience and the "I" that remembers and interprets it occur. To this mirror-like Awareness, such an experience is simply another cloud drifting by.

The silent background in which experience appears and disappears had escaped the attention of the "me" that thought he "got it." p. 103

This vibrant, pulsating display of energy has no purpose beyond itself, and in this very purposelessness lies its infinite delight. To the one hearing this music, it extends an open invitation to realize the ever-present flow that is going on, to simply go with it and surrender to its causeless joy. When this invitation is accepted, it becomes plain as the nose on your face that any step taken to get closer to one's true Self is one step too many. p. 116

The truth is, of course, not in these words but in the understanding of them. If you really hear, you're really here, and you encounter the answer everywhere. It is repeated in and as everything and says again and again, "All is One. This is IT. You are IT." p. 135

If no answer or concept can jolt you from your sense of separation, if you have reached a dead end in your search, perhaps it is possible to disregard all concepts, to simply surrender to what is and stand naked and alone as this. Perhaps you can stop waiting for an event to confirm that you are fully awake and simply accept that it must be already so. To accept that there is no separate you, and therefore no one in need of waking up, is a shortcut. You might call it the final "stepless step." Rip off all the labels, ignore the ever-changing stories in your head, and see what remains unchanged. p. 136

1. AWAKENING TO THE DREAM: THE GIFT

2. Awakening to the Dream: The gift of lucid living [Paperback] Hartong, Leo

3. Awakening to the Dream: The gift of lucid living [Paperback] Hartong, Leo