Items related to Before I Wake

Henderson, Dee Before I Wake 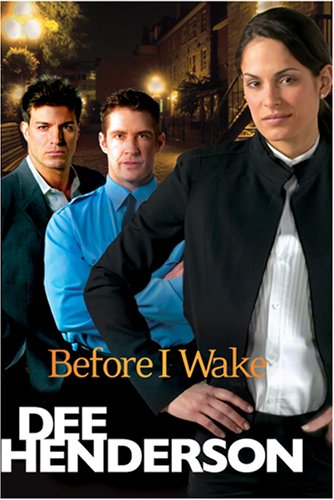 The sheriff of Justice, Illinois, is hunting a killer. Women visiting town are being murdered, tourists in nice hotels, money still in their billfolds, jewelry still on the dresser. Quiet kills―they go to sleep and never awaken. The sheriff is not pleased to find the new detective in town, Rae Gabriella, working the case on behalf of one of the families. She's staying in the same hotel as one of the victims―and her looks suggest she could be the next victim.

Sheriff Nathan Justice loves the town he serves. Founded by his family generations before, Justice, Illinois, is mostly a peaceful place. But the tranquility has just been shattered.

Women visiting Justice are being murdered. Tourists in nice hotels, money still in their billfolds, jewelry still on the dresser. Quiet kills-they go to sleep and never awaken.

Rae Gabriella left the FBI after an undercover investigation turned terribly wrong. She's seeking to rebuild her life, and working as a private investigator alongside her former boyfriend Bruce Chapel in Justice, Illinois, seems like a place to start. But she suspects finding some peace and restoring her shaken faith will take more than just a change of location.

The sheriff is not pleased to find Rae working a case on behalf of one of the victims' families. Rae is staying in the same hotel where one of the women died, and her looks suggest she could be the next victim. Now that Bruce, Rae, and Nathan are forced to work around each other, the situation is threatening to become something much more personal . . . and it will test the faith of everyone it touches before it is over. . . .

Dee Henderson is the author of fourteen best-selling novels including the acclaimed O'Malley series and the Uncommon Heroes series. As a leader in the inspirational romantic suspense category, her books have won or been nominated for several prestigious industry awards including the RWA's RITA Award, the Christy Award, the ECPA Gold Medallion, the Holt Medallion, the National Readers' Choice Award, and the Golden Quill. Dee is a lifelong resident of Illinois and is active online. Visit her at [www.deehenderson.com].