Items related to Diary of a Wimpy Kid #10: Old School 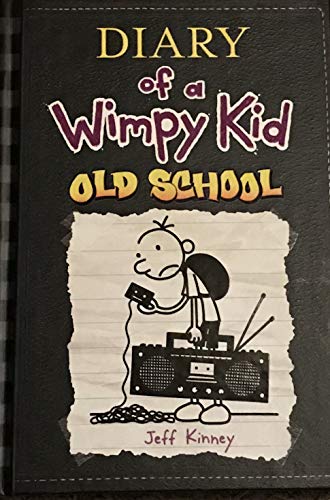 Life was better in the old days. Or was it?

That’s the question Greg Heffley is asking as his town voluntarily unplugs and goes electronics-free. But modern life has its conveniences, and Greg isn’t cut out for an old-fashioned world.

With tension building inside and outside the Heffley home, will Greg find a way to survive? Or is going “old school” just too hard for a kid like Greg?

"The Wimpy Kid series marches on...These diaries continue to be solid steppingstones into the literary world for any reluctant reader.Harmless fun that neither rocks the boat nor swings for the fences." (Kirkus)

Book Description Hard Cover. Condition: New. First Edition, First Printing. SIGNED - Octavo. Black, pictorial boards and spine are clean and shiny. Very faint bump at the front corner of the tail of the spine. Bright orange endpapers. Signed by the author on the free front endpaper in black pen. Binding is straight and tight. Pages are all clean, white, and crisp. No dust jacket, as issued. Tenth installment in Kinney's popular series of middle grade stories. Signed by the Author. Seller Inventory # 002632