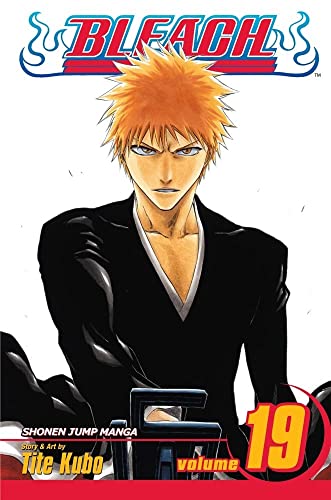 Cleaning up the afterlife – one spirit at a time!

R to L (Japanese Style). Cleaning up the afterlife – one spirit at a time!

Ichigo Kurosaki never asked for the ability to see ghosts, he was born with the gift. When his family is attacked by a Hollow (a malevolent lost soul) Ichigo becomes a Soul Reaper, dedicating his life to protecting the innocent and helping the tortured spirits themselves find peace. Find out why Tite Kubo's Bleach has become an international manga smash-hit!

The rebellion within the Soul Society grows as doubts spread about the death sentence of ex-Soul Reaper Rukia Kuchiki. Determined to save her, Rukia's childhood friend Renji vows to cut down the captain of his own squad, unaware of the terrifying fate that awaits him.

About the Author:
Bleach is author Tite Kubo's second title. Kubo made his debut with ZombiePowder, a four-volume series for Weekly Shonen Jump. To date, Bleach has been translated into numerous languages and has also inspired an animated TV series that began airing in Japan in 2004. Beginning its serialization in 2001, Bleach is still a mainstay in the pages of Weekly Shonen Jump. In 2005, Bleach was awarded the prestigious Shogakukan Manga Award in the shonen (boys) category.