Items related to The Middle School Rules of Brian Urlacher 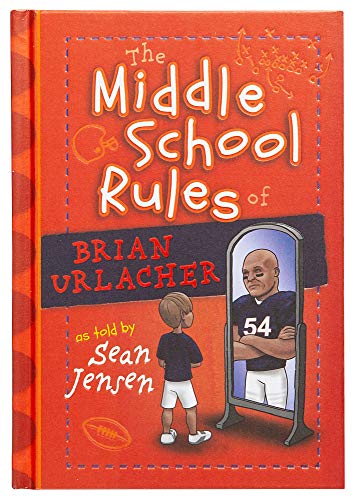 For more than a decade, Brian Urlacher was the face of the Chicago Bears—one of the NFL’s most storied franchises. An eight-time Pro Bowl middle linebacker, Urlacher established himself as one of the league’s preeminent defenders with his athleticism, intelligence and ferocity. He is widely expected to gain entrance into the Pro Football Hall of Fame when he is eligible in a few years which is not bad for an athlete from Lovington, New Mexico, where his coaches did not even see college potential in him until his junior year of high school.

The Middle School Rules of Brian Urlacher features the real-life childhood stories and exploits of young Brian Urlacher and illustrate how they shaped him into the world-class athlete he became. The first of The Middle School Rules series, these books not only entertain, but also inspire greatness in the next generation by highlighting the importance of being your best, overcoming adversity, and reaching your dreams through discipline and hard work.

Sean Jensen was born in South Korea. He was adopted and grew up in California, Massachusetts, and Virginia, mostly on or near military bases. Given his unique background, he’s always been drawn to storytelling, a skill he developed at Northwestern University and crafted as a sportswriter for the last 16 years, almost exclusively covering the NFL. During his career, he’s fostered strong relationships with athletes in multiple sports, and penned award-winning features on Derrick Rose and Adrian Peterson, among others.