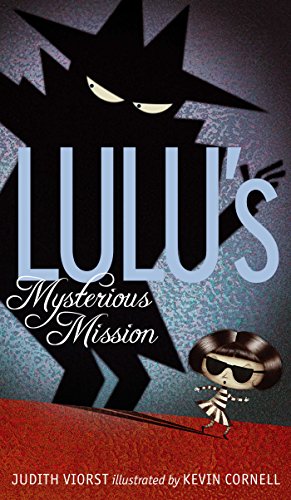 Eeny meeny miney mo,
That babysitter’s got to go.

Lulu has put her tantrum-throwing days behind her. That is, until her parents announce that they are going on vacation—WITHOUT LULU. Not only that, but they are leaving her with the formidable Ms. Sonia Sofia Solinsky, who says hello by bellowing, “The Eagle has landed,” and smiles at you with the kind of smile that an alligator might give you before eating you for dinner.

The second her parents are out of the house, Lulu tries out several elaborate schemes to bring them straight back. But just when she seems to finally be making some headway, her babysitter reveals an astonishing secret...one that has Lulu crossing her fingers that her parents will go on vacation all the time—without her!

Judith Viorst is the author of the beloved Alexander and the Terrible, Horrible, No Good, Very Bad Day, which has sold some four million copies; the Lulu books, including Lulu and the Brontosaurus; the New York Times bestseller Necessary Losses; four musicals; and poetry for children and young adults. Her most recent books of poetry include What Are You Glad About? What Are You Mad About? and Nearing Ninety.

Kevin Cornell’s secret spy headquarters are located in Philadelphia. He has successfully accomplished several thrilling missions, including illustrating Mustache! and Count The Monkeys by Mac Barnett, the Chicken Squad series by Doreen Cronin, and the Lulu series by Judith Viorst. Leave a coded message for him at KevSkinRug.com.