Items related to Vanishing Grace: What Ever Happened to the Good News?

Yancey, Philip Vanishing Grace: What Ever Happened to the Good News?

Vanishing Grace: What Ever Happened to the Good News? 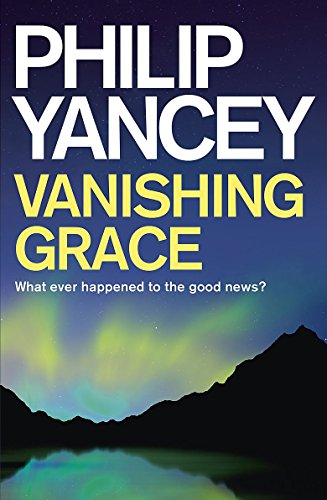 'Why does the church stir up such negative feelings?' This is a question that Philip Yancey has been asking all his life - for himself, as a pilgrim; for others, as a journalist. The question is more relevant now than ever: in the UK Christianity continues to decline, even as it is increasingly thought to be linked with intolerant, fundamentalist attitudes. Yet while identification with traditional forms of Christian religion is dropping, indicators show that interest in spirituality is rising. Why the disconnect? Why are so many asking, 'What's so good about the "good news?"' Yancey's lifelong writing career has always focused on the search for honest faith that makes a visible difference for a world in pain. In his landmark book What's So Amazing about Grace? he issued a benchmark call for Christians to be as grace-filled in their behaviour as they are in asserting their beliefs. People inside and outside the church are still thirsty for grace, Yancey points out. Perhaps what the church seemed to lack in its heyday is now, in its increasingly marginalised stance, exactly what it needs to recover in order to thrive. Grace can bridge the gap across the movement away from Christianity, inviting outsiders as well as insiders the chance to take a deep second look at why it matters and what could reignite its appeal to future generations. How can Christians offer grace in a way that is compelling to a jaded society? And how can they make a difference in a world of such wrenching need? Vanishing Grace: Whatever Happened to the Good News is a milestone book for all those who are striving to make sense of their faith and live it out amid the changing landscape of our day. Philip explores how Christians may have contributed to hostility toward them by presenting the gospel in ways that come across as strident and judgemental. Then he explores what kind of news is good to a culture that thinks it has rejected the Christian version. And finally, he offers illuminating stories of how faith can be expressed in ways that disarm even the most cynical critics - through pilgrims, activists, and artists rather than through preachers, evangelists, and apologists.

Philip Yancey is a journalist, bestselling writer and popular speaker who has sold over 15 million books translated into thirty-four languages. He is known for his honest, thoughtful explorations of Christian faith especially amid questions and struggles. He has become a trusted companion to his loyal readers in the search for an authentic and life-giving faith, and the high quality of his writing craft across decades of award-winning books has secured his place among contemporary Christian writers who are contributing to the classic literature of faith.

Vanishing Grace encourages us to look again at our life and witness to ensure that we treat people as people and not as a cause. -- Rev Paul Wilson * The Methodist Recorder * Journalist and popular writer Philip Yancey asks why the church tends to so often stir up negative vibes in our society. Here he poses the question, 'How is Christianity still relevant in a post-Christian culture'? Yancey is one of the best writers of our time, with his books already regarded as classics. * Together Magazine * An interesting, lively and thought provoking insight into the theological, ecclesiastical, and cultural questions being grappled with by our American brothers and sisters. * The Church Times *

1. Vanishing Grace: What Ever Happened to the Good News?

2. Vanishing Grace: What Ever Happened to the Good News?

3. Vanishing Grace: What Ever Happened to the Good News?

4. Vanishing Grace: What Ever Happened to the Good News?