Items related to The Sun and Her Flowers

Rupi Kaur The Sun and Her Flowers 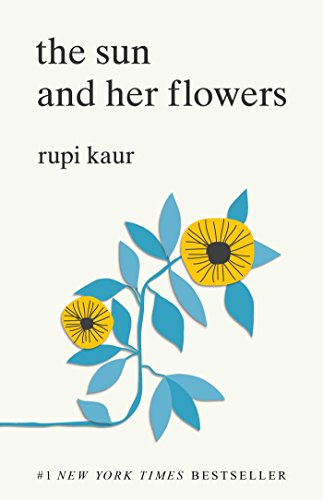 From rupi kaur, the #1 New York Times bestselling author of milk and honey, comes her long-awaited second collection of poetry.  A vibrant and transcendent journey about growth and healing. Ancestry and honoring one’s roots. Expatriation and rising up to find a home within yourself.

Divided into five chapters and illustrated by kaur, the sun and her flowers is a journey of wilting, falling, rooting, rising, and blooming. A celebration of love in all its forms.

An Amazon Best Book of October 2017: Kaur deftly sidesteps and then punts the stereotypical sophomore slump of bestselling authors, offering a subtle yet powerful volume of poetry to her readers who have clamored for more since the debut of Milk & Honey. Split into five movements—wilting, falling, rooting, rising, blooming—Kaur’s poems glide up from the depths of heartbreak and hurt to embrace the strength and joy that can flower on the other side of hardship. Kaur workshops many of her poems through live readings, and the dedication to her craft vibrates through every phrase. Those who pressed Milk & Honey into the hands of their friends will exult in The Sun and Her Flowers, and Kaur’s expanded wisdom and scope should reel in new readers who will find much that resonates. —Adrian Liang, The Amazon Book Review

Rupi Kaur is a poet, artist, and performer. Her works have taken the literary world by storm. Her second book, the sun and her flowers—an instant global bestseller, is an artistic sibling to her debut, milk and honey—one of America's bestselling books of 2017.

“i am the product of all the ancestors getting together and deciding these stories need to be told.”

Rupi sees her work as an articulation of this vision. She’s an eternal artist. At the age of five, her mother handed her a paintbrush and said, “draw your heart out.” At seventeen, she happened upon a local open mic night where she performed her first spoken word poem. She fell in love with performance poetry that night. Rupi continued performing across Canada, while building a community of readers and poetry enthusiasts. While studying at the University of Waterloo, Rupi wrote, illustrated, and self-published her first collection, milk and honey. In the years since, milk and honey has become an international phenomenon. It’s sold over 3 million copies, been translated into more than 35 languages, and landed as a #1 New York Times bestseller—where it has spent more than 100 consecutive weeks.

“i am the first woman in my lineage with freedom of choice. to craft her future whichever way i choose. say what is on my mind when i want to. without the whip of the lash. there are hundreds of firsts i am thankful for.”

Rupi explores a variety of themes in her work ranging from love, loss, trauma, healing, femininity, migration, and revolution. She’s a storyteller and chronicler—a repository of community and history. There’s a simplicity and nuance to her work that has found a home in the hearts of millions. This magic is captured in her stage performances, which are magnetic musical interactions of poetry, art, and theater. Rupi's long-awaited second collection, the sun and her flowers, was published in 2017 and debuted as a #1 global bestseller. Within the first three months it sold a million copies and was embraced by readers worldwide. She’s a Forbes 30 under 30, an editor of the 2016 Mays Literary Anthology of New Writing from the Universities of Oxford and Cambridge, and one of BBC’s 100 Women. Rupi hopes to continue her artistic exploration through art and poetry—searching for ways to understand and articulate.

Book Description Condition: New. All orders ship by next business day! This is a new paperback book. For USED books, we cannot guarantee supplemental materials such as CDs, DVDs, access codes and other materials. We are a small company and very thankful for your business!. Seller Inventory # 4CNO3I000S73

The Sun and Her Flowers Paperback