Items related to The Magic (3) (The Secret Library)

The Magic (3) (The Secret Library) 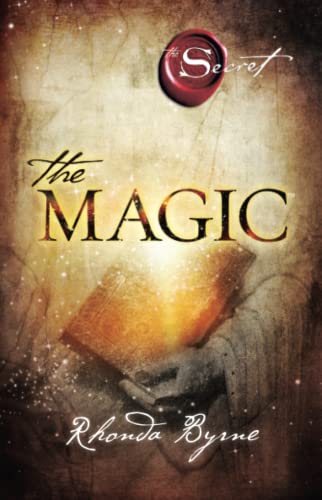 One word changes everything...

For more than twenty centuries, words within a sacred text have mystified, confused, and been misunderstood by almost all who read them. Only a very few people through history have realized that the words are a riddle, and that once you solve the riddle—once you uncover the mystery—a new world will appear before your eyes.

In The Magic, Rhonda Byrne reveals this life-changing knowledge to the world. Then, on an incredible 28-day journey, she teaches you how to apply this knowledge in your everyday life.

Rhonda Byrne is the creator behind The Secret, a documentary film that swept the world in 2006, changing millions of lives and igniting a global movement. Later that same year, Rhonda’s book of The Secret was released. It has been translated into more than fifty languages and remains one of the longest-running bestsellers of this century. Rhonda has written three more bestselling books: The Power in 2010, The Magic in 2012, and Hero in 2013.

The Magic (3) (The Secret Library)

The Magic (The Secret)