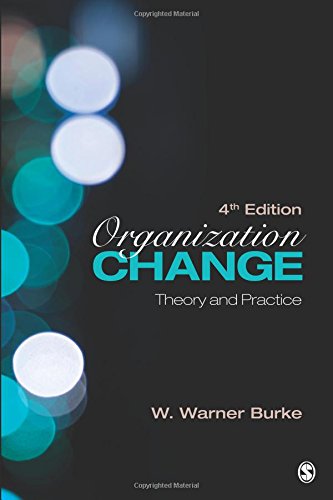 First published in 1961, the original four editions of The Planning of Change, co-edited by Warren Bennis, Kenneth D. Benne, and Robert Chin, provided the best compilations of readings at the time on a comparatively new field. In this updated version, focusing more on planned organization change, W. Warner Burke, Dale G. Lake, and Jill Waymire Paine take the four earlier editions to a new level and provide the most relevant, salient, and time-tested ideas that are considered the gold standard for an in-depth understanding of organization change. Each of the 75 articles included?in this extraordinary volume has launched its own field of inquiry or practice and, together, are considered the key readings for any student or practitioner of?organization change and development.

Organization Change offers a unique collection of writings from the most prominent names in the field. Contributions to this volume include writings by such luminaries as: