Items related to The Hit (Will Robie Series, 2) 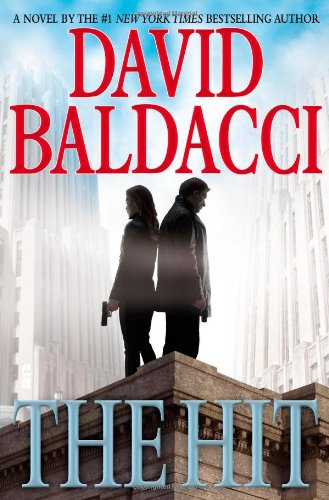 Master assassin Will Robie must track down a deadly rogue agent, but the attacks conceal a larger threat that could send shockwaves through the U. S. government and around the world in this #1 New York Times bestselling thriller.

Will Robie is a master of killing.

A highly skilled assassin, Robie is the man the U.S. government calls on to eliminate the worst of the worst--enemies of the state, monsters committed to harming untold numbers of innocent victims.

No one else can match Robie's talents as a hitman...no one, except Jessica Reel. A fellow assassin, equally professional and dangerous, Reel is every bit as lethal as Robie. And now, she's gone rogue, turning her gun sights on other members of their agency.

To stop one of their own, the government looks again to Will Robie. His mission: bring in Reel, dead or alive. Only a killer can catch another killer, they tell him.

But as Robie pursues Reel, he quickly finds that there is more to her betrayal than meets the eye. Her attacks on the agency conceal a larger threat, a threat that could send shockwaves through the U.S. government and around the world.

David Baldacci is a global #1 bestselling author, and one of the world's favorite storytellers. His books are published in over 45 languages and in more than 80 countries, with over 130 million worldwide sales. His works have been adapted for both feature film and television. David Baldacci is also the cofounder, along with his wife, of the Wish You Well Foundation, a nonprofit organization dedicated to supporting literacy efforts across America. Still a resident of his native Virginia, he invites you to visit him at DavidBaldacci.com and his foundation at WishYouWellFoundation.org.

"With a lightning pace, captivating characters, and astonishing twists throughout, THE HIT is guaranteed to keep your attention from the first page to the last."―The Times-News (NC)

"Page-turning, pulse-racing action, with surprises and thrills galore. Or as a one-word review: Mesmerizing."―Deseret News

The Hit (Will Robie Series)