Items related to Private Down Under 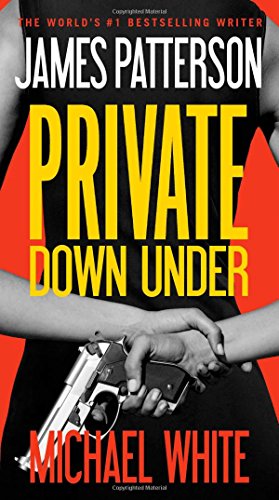 The world's most exclusive detective agency opens a new office-in Australia!
With the best detectives in the business, cutting edge technology and offices around the globe, there is no investigation company quite like Private. Now, at a glittering launch party overlooking the iconic Opera House, Private Sydney throws open its doors.
Craig Gisto and his newly formed team have barely raised their glasses, however, when a young Asian man, blood-soaked and bullet-ridden, staggers into the party, and what looks like a botched kidnapping turns out to be a whole lot more.
Within days the agency's caseload is full. But it is a horrific murder in the wealthy Eastern Suburbs and the desperate search for a motive that stretches the team to the limit. Stacy Friel, friend of the Deputy Commissioner of NSW Police, isn't the killer's first victim-and as the bodies mount up she's clearly not the last . . .

Praise for the Private series!

"A thrill-a-minute, plot-driven story full of twists and turns...an addictive read from first page to last."―BookReporter.com on Private Games

"[A] classy thriller...clips along with twists and turns that come at you from all angles...The talented writing team has scorched the road of suspense and set it on fire."―NightsandWeekends.com on Private: #1 Suspect

"Jack Morgan is a great protagonist...Bring on even more Private."―TheMysteryReader.com on Private

Private Down Under Mass Market Paperback

Private Down Under Format: Paperback