Items related to Tumbled Graves: A Stonechild and Rouleau Mystery (A... 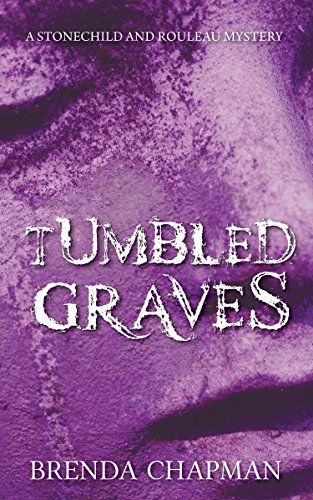 A missing child. A dead mother. Kala Stonechild is about to discover what one betrayal can lead to.

When Adele Delaney and her daughter, Violet, go missing, Jacques Rouleau is called upon to investigate. However, struggling with the impending death of his ill ex-wife, he sends Kala Stonechild and Paul Gundersund instead. Stonechild has been trying to adapt to life as her young cousin Dawn’s guardian, and even though Gundersund has offered support, Stonechild is at risk of losing custody.

On the second day of the investigation, Adele’s body turns up, dumped on the shoulder of the highway with no sign of her daughter. Her husband, Ivo, denies any involvement with either his wife’s death or their child’s disappearance, but not everyone is convinced. As the investigation unfolds, Stonechild learns that Adele was once entangled with a Montreal biker gang and heads to Quebec to investigate further.

As Stonechild and Gundersund juggle personal troubles and a complicated, dangerous case, they find themselves piecing together a chain of disasters leading back to a single betrayal.

Brenda Chapman began her writing career in children’s fiction. Her YA novel Hiding in Hawk’s Creek was shortlisted for the CLA Book of the Year for Children. The first Stonechild and Rouleau novel, Cold Mourning, was nominated for the Arthur Ellis Award for Best Novel, 2015. She lives in Ottawa, Ontario.

Brenda Chapman is a crime writer who has published over twenty books, including six in the lauded Stonechild and Rouleau mystery series. She lives in Ottawa.