Items related to Wives and Daughters: An Every-Day Story

Wives and Daughters: An Every-Day Story 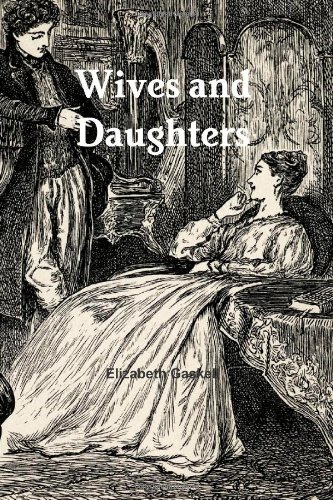 The novel opens with young Molly Gibson, who has been raised by her widowed father. Visiting the local 'great house', Molly feels tired so she is sent to rest in the former governess's room. The woman, Clare, makes noise about her kindness to Molly, but is actually careless and thoughtless of Molly's concerns. The afternoon passes and Clare forgets about Molly and she misses her ride home after the picnic. The little girl is distressed at the idea of staying the night away from home and is relieved when her father comes to collect her. Seven years later, Molly is now an attractive and rather unworldly young woman, which arouses the interest of one of her father's apprentices. Mr. Gibson discovers the young man's secret affection and sends Molly to stay with the Hamleys of Hamley Hall, a gentry family that purportedly dates from the Heptarchy but whose circumstances are now reduced. There she finds a mother substitute in Mrs. Hamley, who embraces her almost as a daughter. Molly also becomes friends with the younger son, Roger. Molly is aware that, as the daughter of a professional man, she would not be considered a suitable match for Squire Hamley's sons. The elder son in particular, Osborne, is expected to make a brilliant marriage after an excellent career at Cambridge: he is handsome, clever and more fashionable than his brother. However, he has performed poorly at university, breaking the hearts of his parents. Molly also discovers his great secret: Osborne has married for love, to a French Roman Catholic ex-nursery maid, whom he has established in a secret cottage. Meanwhile, after a startlingly brief love affair (of which Molly knows nothing), Mr. Gibson abruptly decides to remarry, less from his own inclination than from a perceived duty to provide Molly with a mother to guide her. He is seduced by Mrs. Hyacinth Kirkpatrick (formerly Miss Clare), a former governess at nearby Cumnor Towers whom Molly remembers with no affection. Dutiful Molly does her best, for her father's sake, to get on with her socially ambitious and selfish stepmother, but the home is not always happy. However, Molly immediately gets on well with her new stepsister, Cynthia, who is about the same age as Molly. The two girls are a study in contrasts: Cynthia is far more worldly and rebellious than Molly who is naive and slightly awkward. Cynthia has been educated in France, and it gradually becomes apparent that she and her mother have secrets in their past, involving the land agent from the great house, Mr. Preston. Osborne Hamley's failures make his invalid mother's illness worse and widens the divide between him and his father, which is amplified by the considerable debts Osborne has run up in maintaining his secret wife. Mrs. Hamley dies, and the breach between the squire and his eldest son seems irreparable. Younger son Roger continues to work hard at university and ultimately gains the honors and rewards that were expected for his brother. Mrs. Gibson tries unsuccessfully to arrange a marriage between Cynthia and Osborne, as her aspirations include having a daughter married to landed gentry. Molly, however, has always preferred Roger's good sense and honorable character and soon falls in love with him. Unfortunately, Roger falls in love with Cynthia and when Mrs. Gibson overhears that Osborne may be fatally ill, she begins promoting the match. Just before Roger leaves on a two-year scientific expedition to Africa, he asks for Cynthia's hand and she accepts, although she insists that their engagement should remain secret until Roger returns. Molly is heartbroken at this and struggles with her sorrow and the lack of affection that Cynthia feels for Roger.

Elizabeth Cleghorn Gaskell (29 September 1810 – 12 November 1865), often referred to simply as Mrs Gaskell, was a British novelist and short story writer during the Victorian era. Her novels offer a detailed portrait of the lives of many strata of society, including the very poor, and are of interest to social historians as well as lovers of literature.

1. Wives and Daughters: An Every-Day Story