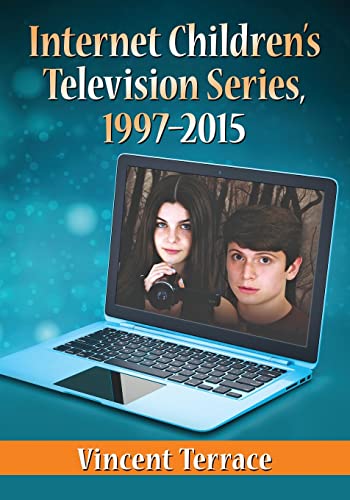 Created around the world and available only on the web, internet “television” series are independently produced, mostly low budget shows that often feature talented but unknown performers. Typically financed through crowd-funding, they are filmed with borrowed equipment and volunteer casts and crews, and viewers find them through word of mouth or by chance. The fifth in a series focusing on the largely undocumented world of internet TV, this book covers 573 children’s series created for viewers 3 to 14. The genre includes a broad range of cartoons, CGI, live-action comedies and puppetry. Alphabetical entries provide websites, dates, casts, credits, episode lists and storylines.

Vincent Terrace has worked as a researcher for ABC television and is the television historian for BPOLIN Productions (an independent film and television producing company for which he has created a projected television series called “April’s Dream”). He has written more than 30 books, many about television and radio.

"Terrace is arguably the most prolific developer of television reference material, with more than 30 books to his credit"--ARBA.

Shipping: US$ 14.76
From United Kingdom to U.S.A.
Destination, rates & speeds