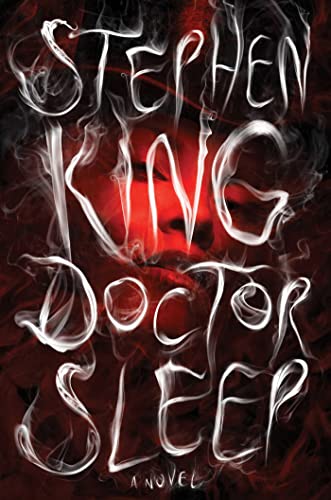 Soon to be a major motion picture starring Ewan McGregor!

From master storyteller Stephen King, his unforgettable and terrifying sequel to The Shining—an instant #1 New York Times bestseller that is “[a] vivid frightscape” (The New York Times).

Years ago, the haunting of the Overlook Hotel nearly broke young Dan Torrance’s sanity, as his paranormal gift known as “the shining” opened a door straight into hell. And even though Dan is all grown up, the ghosts of the Overlook—and his father’s legacy of alcoholism and violence—kept him drifting aimlessly for most of his life. Now, Dan has finally found some order in the chaos by working in a local hospice, earning the nickname “Doctor Sleep” by secretly using his special abilities to comfort the dying and prepare them for the afterlife. But when he unexpectedly meets twelve-year-old Abra Stone—who possesses an even more powerful manifestation of the shining—the two find their lives in sudden jeopardy at the hands of the ageless and murderous nomadic tribe known as the True Knot, reigniting Dan’s own demons and summoning him to battle for this young girl’s soul and survival...

An Amazon Best Book of the Month, September 2013: What ever happened to Danny Torrance? For the 36 years since The Shining was first published, the answer has been left to our imaginations. Finally we catch up with Dan as his creator envisions him: a flawed middle-aged man with a tragic past -- his special gift, "shining," dulled with age and alcohol. He's "Doctor Sleep" now, a hospice worker who eases the end of patients' lives. He also happens to be the only one who can help a little girl with her own special gift. This is not simply The Shining II. Not only does this story stand on its own, it manages to magnify the supernatural quality that first drew us to young Danny, expanding its mystery and its intensity in a way that might even reach beyond this book into the rest of the King-iverse... and beyond. (Easter egg alert: look for the nod to King's son Joe Hill's recent book N0S4A2.) --Robin A. Rothman