Items related to AFRICOBRA: Experimental Art toward a School of Thought... 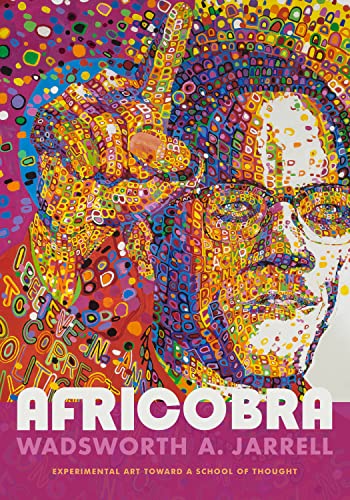 Formed on the South Side of Chicago in 1968 at the height of the civil rights, black power, and black arts movements, the AFRICOBRA collective created a new artistic visual language rooted in the culture of Chicago's black neighborhoods. The collective's aesthetics, especially the use of vibrant color, capture the rhythmic dynamism of black culture and social life. In AFRICOBRA, painter, photographer, and collective cofounder Wadsworth A. Jarrell tells the definitive story of the group's creation, history, and artistic and political principles. From accounts of the painting of the groundbreaking Wall of Respect mural and conversations among group members to documentation of AFRICOBRA's exhibits in Chicago, New York and Boston, Jarrell outlines how the collective challenged white conceptions of art by developing an artistic philosophy and approach wholly divested from Western practices. Featuring nearly 100 color images of artworks, exhibition ephemera, and photographs, this book is at once a sourcebook history of AFRICOBRA and the story of visionary artists who rejected the white art establishment in order to create uplifting art for all black people.

Wadsworth A. Jarrell is a cofounder of AFRICOBRA and visual artist who has taught art at Howard University, the University of Georgia, and Spelman College.

“The principals and philosophy of the collective AFRICOBRA in many ways defined the parameters of artmaking for politically conscious African American artists during the era of Black Power. Who can forget their stunning manifesto which emphasized standards such as cool-ade color, shine, free symmetry and mimesis-at midpoint?! Now Wadsworth A. Jarrell's new book brings us a first person account of this group and period from an artist who was there from the start. Beautifully illustrated, it offers a fresh perspective, significant references, and serves as an important sourcebook for late twentieth-century practice. As the study of art moves beyond a New York-centric approach, histories coming out of major centers like Chicago are especially important. AFRICOBRA joins a growing body of literature on artmaking outside New York; it will allow a plethora of new chronicles to be written.” -- Kellie Jones, Columbia University

1. Africobra: Experimental Art Toward A School Of Thought

2. Africobra: Experimental Art Toward a School of Thought (Paperback or Softback)