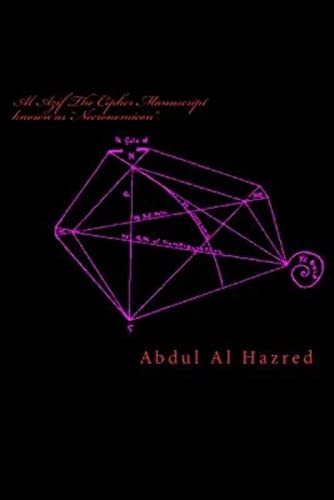 Alhazred was a mad poet of Sanaá, in Yemen, who is said to have flourished during the period of the Ommiade caliphs, circa 700 A.D. He visited the ruins of Babylon and the subterranean secret of Memphis and spent ten years alone in the great southern desert of Arabia—the Roba El Khaliyeh or "Empty Space" of the ancients—and "Dahna" or "Crimson" desert of the modern Arabs, which is held to be inhabited by protective evil spirits and monsters of death. Of this desert many strange and unbelievable marvels are told by those who pretend to have penetrated it. In his last years Alhazred dwelt in Damascus. Of his final death or disappearance (738 A.D.) many terrible and conflicting things are told. He is said by Ebn Khallikan (12th cent. biographer) to have been seized by an invisible monster in broad daylight and devoured horribly before a large number of fright-frozen witnesses. Of his madness many things are told. He claimed to have seen the fabulous Irem, or City of Pillars, and to have found beneath the ruins of a certain nameless desert town the shocking annals and secrets of a race older than mankind. He was only an indifferent Moslem, worshipping unknown entities whom he called Yog-Sothoth and Cthulhu.

Shipping: US$ 18.48
From United Kingdom to U.S.A.
Destination, rates & speeds