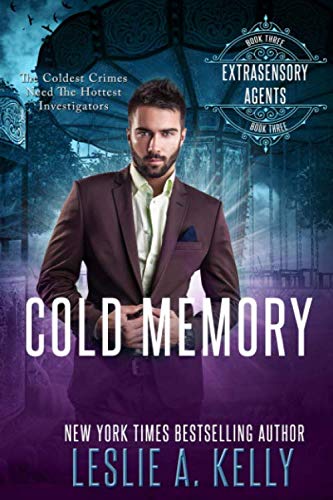 Meet the Extrasensory Agents...A team of hot psychics who can solve the coldest of crimes! Mick Tanner's ability to touch an item and know its entire history made him a hit in the sideshow, but has made personal relationships difficult. The closest one he's ever had is with the uncle who raised him in the carnival. So when members of that community begin to die in mysterious ways, there's nothing he won't do to help. Chief of Police Gypsy Bell remembers Mick as a smug pain-in-the-ass, but he's grown up to be a very sexy, fascinating man. And like it or not, she needs his help to figure out the mystery that's plaguing her tiny town. Because this killer has a plan, a motive, and several targets. He's out to right a wrong...no matter how many people he has to kill to do it.

Buy Used
Condition: Good
May have some shelf-wear due to... Learn more about this copy

Book Description Paperback. Condition: Good. May have some shelf-wear due to normal use. Seller Inventory # 0KVBKD00DOV8