Items related to The First Lady 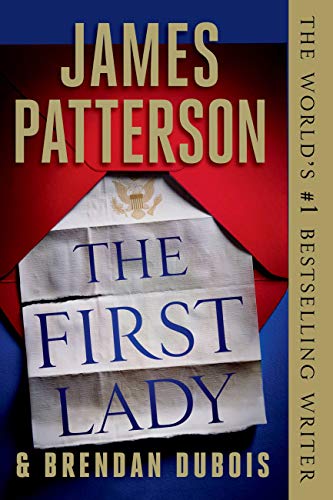 In James Patterson's new stand-alone thriller, one secret can bring down a government when the President's affair to remember becomes a nightmare he wishes he could forget.

Sally Grissom is a top secret service agent in charge of the Presidential Protection team. She knows that something is amiss when she is summoned to a private meeting with the President and his Chief of Staff without any witnesses. But she couldn't have predicted that she'd be forced to take on an investigation surrounding the mysterious disappearance of the First Lady--with strict orders to keep it a secret.

The First Lady's absence comes in the wake of the scandalous, public revelation of the president's affair, so at first it seems as though she is simply cutting off all contact as she recuperates at a horse farm in Virginia. What begins as an innocent respite quickly reveals itself as a twisted case when the White House receives a ransom note along with the First Lady's finger.Age Range:Adult

James Patterson holds the Guinness World Record for the most #1 New York Times bestsellers, and his books have sold more than 380 million copies worldwide. He has donated more than one million books to students and soldiers and funds over four hundred Teacher Education Scholarships at twenty-four colleges and universities. He has also donated millions to independent bookstores and school libraries.

5. The First Lady (Paperback or Softback)