Items related to The 13-Minute Murder 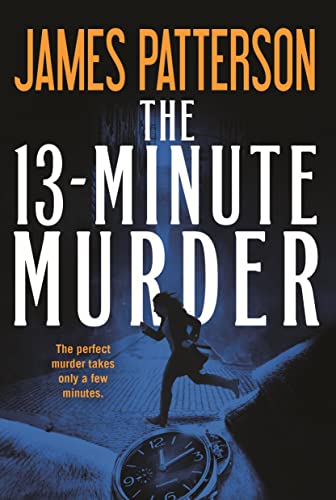 What do a psychiatrist, a mother, and an expert hitman have in common? Their time is running out in these three fast-paced thrillers from the World's #1 Bestselling Writer, James Patterson.

DEAD MAN RUNNING: Psychiatrist Randall Beck specializes in PTSD cases--and his time is limited. Especially when he uncovers a plot to kill a presidential candidate.

113 MINUTES: Molly Rourke's son has been murdered--and she knows who's responsible. Now she's taking the law into her own hands. Never underestimate a mother's love.

13-MINUTE MURDER: He can kill anybody in just minutes--from the first approach to the clean escape. His skills have served him well, and he has a grand plan: to get out alive and spend his earnings with his beloved wife, Maria.
An anonymous client offers Ryan a rich payout to assassinate a target in Harvard Yard. It's exactly the last big job he needs to complete his plan. The precision strike starts perfectly, then somehow explodes into a horrifying spectacle. Ryan has to run and Maria goes missing. Now the world's fastest hit man sets out for one last score: Revenge. And every minute counts.
Age Range: Adult

James Patterson holds the Guinness World Record for the most #1 New York Times bestsellers, and his books have sold more than 380 million copies worldwide. He has donated more than one million books to students and soldiers and funds over four hundred Teacher Education Scholarships at twenty-four colleges and universities. He has also donated millions to independent bookstores and school libraries.

The 13-Minute Murder: A Thriller Paperback