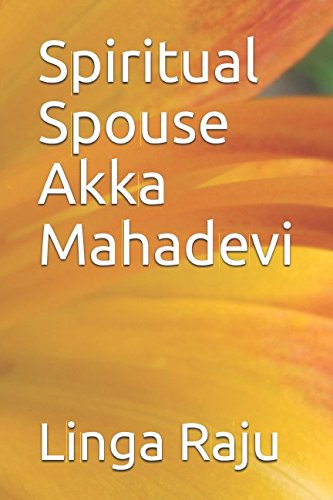 Sharanas of the twelfth century of Common Era are the followers of the philosophy and practices put forward in the vachanas of Basavanna and his contemporary philosophers including Akka Mahadevi. The Sharanas consider every one, whether a man or a woman, to be the spiritual spouse of the Supreme Divine. That means that the Sharana is a dedicated wife serving the Supreme Divine. Akka Mahadevi is commonly known as Mahadeviyakka. Her life most closely resembles the life of a spiritual wife. This book, using 129 of her vachanas and 15 vachanas of other Sharanas, depicts Mahadeviyakka’s spiritual life which exemplifies the Sharana concept of spiritual spouse.