Items related to Tales of the Cairds

Cameron, Anne Tales of the Cairds 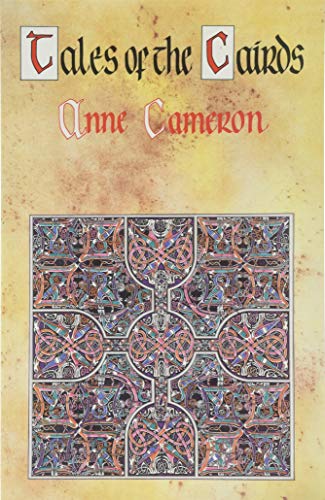 In these magical tales of the Celts, Cameron does for old world mythology what she has done for new world myths in her best-selling Daughters of Copper Woman and Dzelarhons. Cameron adds wit and common sense to symbolism and to the mysteries of life and creation.

Anne Cameron was born in Nanaimo, BC. She began writing at an early age, starting with theatre scripts and screenplays. In 1979, her film Dreamspeaker, directed by Claude Jutra, won seven Canadian Film Awards, including best script. After being published as a novel, Dreamspeaker went on to win the Gibson Award for Literature. She has published more than 30 books, including the underground classic Daughters of Copper Woman, its sequel, Dzelarhons, novels, stories, poems and legends - for adults and children. Her most recent novels are Family Resemblances, Hardscratch Row, and a new, revised edition of Daughters of Copper Woman. She lives in Tahsis, BC