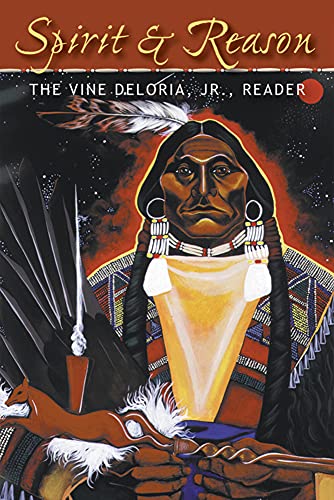 Spirit & Reason is a collection of the works of one of the most important thinkers of the twentieth century—Vine Deloria, Jr. Author of such classics as Red Earth, White Lies, and God is Red, Deloria takes readers on a momentous journey through Indian country and beyond by exploring some of the most important issues of the past three decades. The essays gathered here are wide-ranging and essential and include representative pieces from some of Deloria's most influential books, some of his lesser-known articles, and ten new pieces written especially for Spirit & Reason.

Tellingly, in the course of reviewing his body of work, Deloria found much that he had written in the past remained current and compelling because "people have not made much progress in resolving issues." Whether disputing theories of religion and science, examining the problems of modern education, or expounding on our understanding of the world, Deloria consistently urges readers toward an intimate connection with the world in which we live. For those familiar with Deloria's works as well as those discovering him for the first time, this essential anthology will teach, provoke, and enlighten in equal measure.

A collection of the writings of America's premier Native American writer and preeminent thinker! Viewed by many as one of the most influential Native Americans of the twentieth century, Vine Deloria, Jr., through his extensive writings on political and legal issues, has changed the way people view American Indians. Although best known for his contributions to American Indian issues, Deloria has also been one of the foremost critics of contemporary thought. This book is a celebration of the works of one of the most important thinkers of the twentieth century.

Vine Deloria Jr., is a leading Native American scholar whose research writings, and teaching have encompassed history, law, religious studies, and political science. He is the former executive director of the National Congress of American Indians. Named by Time magazine as one of the eleven greatest religious thinkers of the twentieth century, he is the author of numerous acclaimed books, including God is Red, Custer Died for Your Sins, Power and Place, and Red Earth, White Lies. Mr. Deloria lives in Golden, Colorado.

Sam Scinta is president and publisher of Fulcrum Publishing and the creator of Fulcrum's best-selling Speaker's Corner series on contemporary political affairs.

4. SPIRIT AND REASON: THE VINE DELO