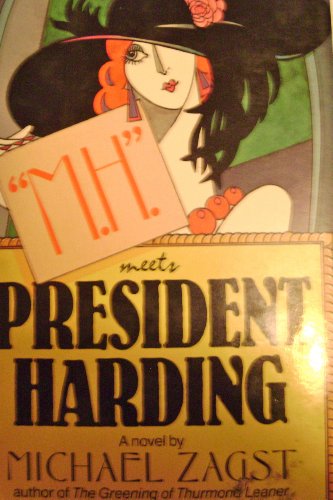 In Thomas McMahon's Loving Little Egypt ( LJ 2/1/87), Thomas Edison was a villain. In this he's a hero. Like Loving Little Egypt, this is a novel in which actual people participate in fictional events. Nonagenarian Sidney Halverton recalls the summer of 1923, when he was invited on one of Edison's famous camping expeditions. Among the many other campers are Henry Ford, Harvey Firestone, and President Warren Harding. Halverton brings along his new girl friend, the "M.H." of the title, who abducts Harding and reveals herself to be the presumed dead Mata Hari. Edison, Ford, Firestone, and Halverton follow a slender trail of clues that bring them to a concluding confrontation at Niagara Falls. While not one of the better "what if" historical thrillers, this is an undemanding and usually entertaining diversion. Charles Michaud, Turner Free Lib., Randolph, Mass.
Copyright 1987 Reed Business Information, Inc.

This breezy novel by the author of The Greening of Thurmond Leaner is narrated by nonagenarian Sid Halverton. Sid is in excellent shapehis doctor says he has the body of a 71-year-oldand possesses a phenomenal memory, so phenomenal, in fact, that he can remember in detail a week spent in the company of four luminaries of the 1920s: Warren G. Harding, Thomas Edison, Henry Ford and Harvey Firestone. Halverston, a business associate of Edison, brings his lover, the mysterious and elusive Margarete, to an annual camp-out sponsored by the great inventor. When Margarete kidnaps Harding (who apparently couldn't resist an attractive woman), Halverton, Ford, Edison and Firestone set out in hot pursuit. Everything about this book is wildly improbable, but its lighthearted spirit is engaging.
Copyright 1987 Reed Business Information, Inc.

Book Description Hardcover. Condition: Very Good. 8vo - over 7?" - 9?" tall Book The price clipped dust jacket has light edge wear, light soiling and is lightly rubbed and the dust jacket is in a Mylar type protector. There is a shadow on the FFE where a sticker was removed and light soiling to the page edges. Seller Inventory # 020518