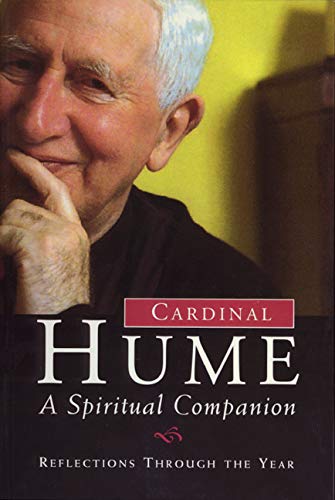 When Cardinal Hume died in June 1999, many people from very different backgrounds felt that Great Britain had lost a holy and special man. He was a spiritual leader who was not only admired and respected, but also loved.
In Cardinal Hume: A Spiritual Companion, we are given the opportunity to journey alongside this man of God. The book offers reflections and meditations for the seasons of the Christian year, beginning with Lent and Easter, then moving through Pentecost and on to Advent and Christmas. We can follow the year through, or dip into the text at any time.
In these pages we find words of understanding, encouragement, and hope--words that speak to us whatever our condition, whatever our beliefs.

Until his death in June 1999, Basil Hume, OSB, was the Cardinal Archbishop of Westminster and a monk of Ampleforth Abbey in Great Britain. He was awarded the Order of Merit by Her Majesty Queen Elizabeth II two weeks before his death.

This book has been compiled by Liam Kelly, a Roman Catholic priest and Assistant General Secretary of the Catholic Bishops' Conference of England and Wales. He was a close friend of Cardinal Hume.

". . . A Spiritual Companion inspires the reader toward a fresh relationship with our Lord . . . richly rewarding, especially during Lent." -- The Criterion

"For many ordinary people . . . it was his personal qualities, especially his humility and compassion, that gave him a special place in their hearts." -- George Carey, Archbishop of Canterbury (a tribute to Cardinal Hume)

"I thank the Lord for having given the church a shepherd of great spiritual and moral character, of sensitive and unflinching ecumenical commitment . . ." -- Pope John Paul II (a tribute to Cardinal Hume)

Shipping: US$ 16.72
From United Kingdom to U.S.A.
Destination, rates & speeds