Items related to The Manchus (The Peoples of Asia) (Illustrated)

Crossley, Pamela Kyle The Manchus (The Peoples of Asia) (Illustrated)

The Manchus (The Peoples of Asia) (Illustrated) 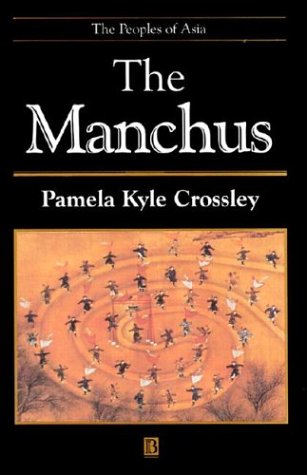 This book relates the history of the Manchus, the rise and fall of their vast empire and their legacy today.

For centuries the Manchurian peoples inhabited a cultural and economic world that made them sometime enemies, sometimes allies, of neighboring Chinese, Koreans, Mongols, and Russians. Between 1636 and 1700 this picture changed dramatically. The Manchus united and conquered the whole of China and Mongolia. A century later they added Tibet and Eastern Turkistan, Creating one of the largest land empires in history. How they achieved this, and what the consequences were to themselves and to their subjects, are the main themes of this book.


After an account of the early fishing and hunting communities in eastern Asia, the author describes the period of early urbanization, literacy, and empire-building in medieval Manchuria, and the constant struggle over five centuries to maintain independence against the great power of the Mongols, Chinese, and Russians. She investigates the origins and rise of the great leader, Nurgachi, and shows how he succeeded in founding the first Manchu state.

In 1636, ten years after Nurgachi’s death, his descendants declared themselves to masters of the Qing Empire, and from 1644 to 1912 the Manchus were among those conquerors of China who were "conquered" by it, and revels the subtle ways in which the rulers used a Chinese mask to achieve their ends (and to confuse European visitors).

The final chapters show the role of the West and Japan, in the undermining of Qing authority in the nineteenth century and in the sporadic attempts to restore it in the twentieth. The author considers the fate of the contemporary Manchu minority in China and examines the signs of a resurgent identity.

Pamela Kyle Crossley's most recent study, A Translucent Mirror: History and Identity in Qing Imperial Ideology (1999) was awarded the Levenson Prize by the Association for Asian Studies. She is a past fellow of the John Simon Guggenheim Memorial Foundation, and the Woodrow Wilson International Center for Scholars, and presently is Professor of History at Dartmouth College (New Hampshire, USA).

1. The Manchus (The Peoples of Asia) (Illustrated) Crossley, Pamela Kyle

2. The Manchus: The People Of Asia

3. The Manchus: The People Of Asia