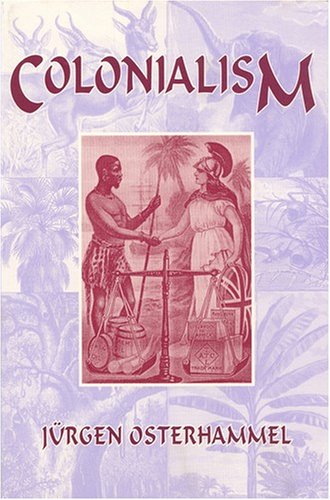 This highly acclaimed book represents a new approach to colonialism. Concise but sweeping, it encompasses the processes of colonization and decolonization from the early modern period to the twentieth century.
Virtually all other authors to date have looked at strategies of colonial conquest, exploitation, and rule from the imperial point of view. Osterhammel shows that the colonial situation developed in ways that duplicated neither the metropolis nor the pre-colonial society, but instead blended these and added a new direction characteristic only of colonial realms. Osterhammel emphasizes that the Europeans were normally not considered dangerous invaders by local population until they threatened the traditional cultures with missionaries, European schools, and bureaucracy.

About Juergen Osterhammel: Jürgen Osterhammel, University of Constance, is the author of the award-winning book, China and World Society, and Globalization: A Short History

About Shelley Frisch: is author of The Lure of Linguistic: Speculations on the Origin of Language in German Romanticism, and translator of several books including a biographies on Nietzsche and Kafka. She was the managing editor of The Germanic Review and has taught German literature at Columbia University, Haverford College and Rutgers University.

About Robert Tignor: Princeton University, wrote the introduction to Colonialism and Napoleon in Egypt.