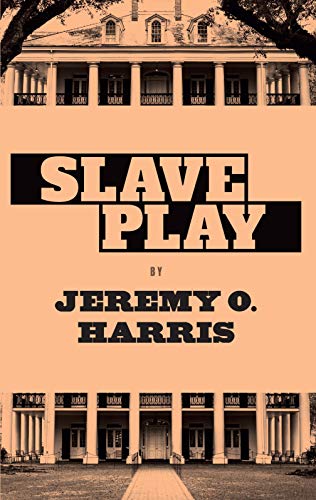 The old South lives on at the MacGregor Plantation—in the breeze, in the cotton fields...and in the crack of the whip. It’s an antebellum fever-dream, where fear and desire entwine in the looming shadow of the Master’s House. Jim trembles as Kaneisha handles melons in the cottage, Alana perspires in time with the plucking of Phillip’s fiddle in the boudoir, while Dustin cowers at the heel of Gary’s big, black boot in the barn. Nothing is as it seems, and yet everything is as it seems.

"There's delicious danger in truly not knowing what might happen next, and Slave Play is all about that collision between what’s terrifying and what’s tantalizing." (New York Magazine)

"This is a demanding play, and one of the things that it demands is the audience's discomfort. But that discomfort is productive ― and in the end, it brings its own satisfactions. It creates a space in which the messiness and rawness of race and power and fantasy and trauma can unspool into a chaotic churn of impressions." (Vox)

"This wildly imaginative work asserts itself with a daringness rarely seen on our stages these days." (Hollywood Reporter)