Items related to Unabomber: The Secret Life of Ted Kaczynski 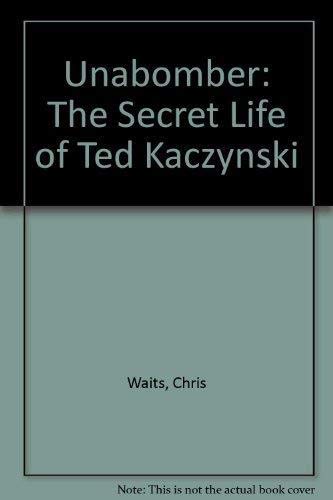 When Ted Kaczynski was identified as the Unabomber, no one was more surprised than his neighbor, Waits. It was only as he followed the FBI agents in their search for evidence that he realized that the gentle hermit who had lived near him for 25 years was guilty of such violent acts. Waits and journalist Shors recount the day-to-day events as Kaczynskis caches were discovered in the wilderness around Lincoln, MT. Some 22,000 pages of Kaczynskis journal, found in his cabin, explained that his motive was revenge. He loved the countryside around him, and he despised the technology he thought was ruining it. His homemade bombs were his means of striking back. Waits regrets that Kaczynskis plea bargaining eliminated the necessity for a trial, for the mysteries of Kaczynskis personality will now never be fully explored. This easy-to-read book contains fabulous color photographs of the Montana wilderness and a fold-out time line. Suitable for public libraries.Frances O. Sandiford, Green Haven Correctional Facility Lib., Stormville, NY
Copyright 1999 Reed Business Information, Inc.