Items related to SOUTH OF THE BORDER PB

SOUTH OF THE BORDER PB 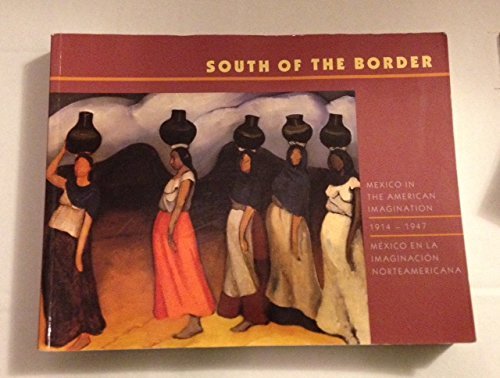 Between the final years of the Mexican Revolution and the immediate aftermath of WWII, dozens of U.S. painters and photographers flocked to Mexico. Oles reveals the work of these artists, along with representative works of their Mexican contemporaries. Text in Spanish and English. 185 illus., 75 in color.

Between the final years of the Mexican Revolution of 1910-17 and the immediate aftermath of World War II, dozens of U.S. painters and photographers flocked to Mexico, among them Paul Strand, Edward Weston, Dorothea Lange, Helen Levitt, Marsden Hartley, Josef Albers, Milton Avery, Robert Motherwell, and Jackson Pollock. Oles considers the Mexico-inspired work of these and 40 or so other U.S. artists, along with representative works of their Mexican counterparts, and presents examples from high culture to commercial kitsch, as well as Mexican folk and tourist art, that contributed to America's lingering and overidealized image of Mexico today. Essays place the artists and their work within their original political and cultural context. This impressive and richly illustrated exhibition catalog includes capsule biographies. Strongly recommended for regional academic/research collections.
- Russell T. Clement, Brigham Young Univ. Lib., Provo, Ut.
Copyright 1993 Reed Business Information, Inc.

1. SOUTH OF THE BORDER PB

3. SOUTH OF THE BORDER PB