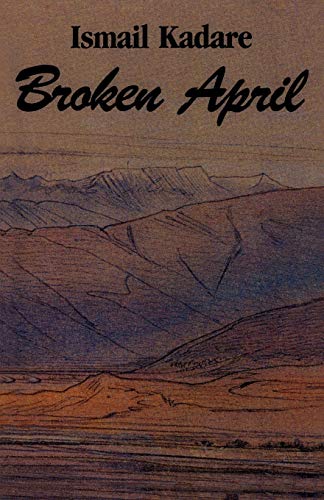 Gjorg is a young mountaineer who (much against his will) has just killed a man in order to avenge the death of his older brother, and who expects to be killed himself in accordance with the Code that regulates life in the Albanian highlands. A young couple on their honeymoon has come to this place to study its age-old customs-including the blood feud. In Broken April, Ismail Kadare intersects the fates of both Gjorg and the young couple with visions of an unending cycle of obligatory murder and the horrifying effects it has on their respective lives. "Dostoevskian in its dark vision". -Kirkus Reviews.

Ismail Kadare, born in 1936 in the Albanian mountain town of Gjirokaster near the Greek border, is Albania's best-known poet and novelist. He has lived in France since 1990, following his decision to seek asylum. From 1986, under the Communist regime, Mr. Kadare's work was smuggled out of Albania by his French publisher, Éditions Fayard, and stored in safe keeping for later publication. Translations of his novels have since been published in more than forty countries. In addition to Broken April, Ivan R. Dee also publishes his novels Doruntine and The General of the Dead Army. Mr. Kadare is the winner of the inaugural Man Booker International Prize 2005.