Items related to The Irish Experience 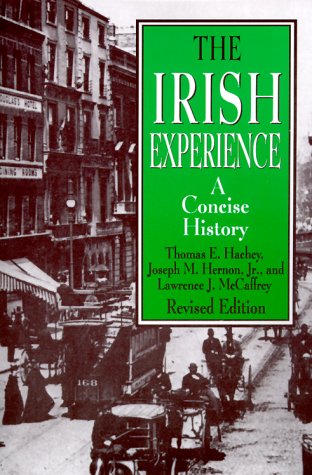 This volume addresses the political, cultural and economic dimensions of Irish life, presenting Ireland as a hybrid of cultures and peoples. Coverage includes: an explanation of how the literature and folklore reflect the desire for national independence in both political and cultural forms; an analysis of how the Gaelic, Norman English, Elizabethan English, Ulster Planter English, Scots, Cromwellian English and Williamite English conflict and meld into the present character of Ireland and the Irish; a discussion of how the English impact, Catholicism, the Land Question, emigration, literacy and Gaelic cultural nationalism coalesce to create Irish nationalism; emphasis on the influence of British presence on Irish values and personality; an examination of how the Irish question moved Britain in the direction of liberal democracy and the welfare state; and an exploration of Ireland as a paradigm case of a country fighting imperialism and colonialism to move from colony to nation state, accomplishing the latter through one of the 20th century's most notable guerrilla wars of liberation.