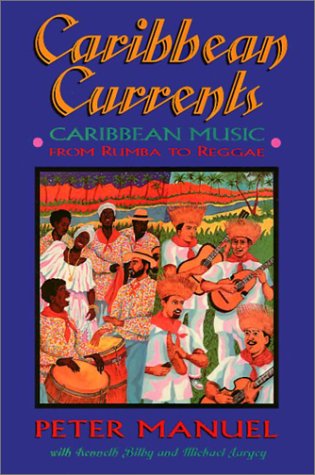 Music is the most popular and dynamic aspect of Caribbean expressive culture. As Caribbean music has evolved from its traditional roots to its contemporary forms, it has developed a rich variety of styles. From the well-known genres—salsa, merengue, reggae, calypso, and bachata—to more localized forms like chutney and kaseko, this wide-ranging book surveys Caribbean music's prodigious diversity and colorful history.

Enhanced with numerous illustrations and musical examples, Caribbean Currents is an up-to-date overview of the region's music, covering Cuba, Puerto Rico, the Dominican Republic, Haiti, Jamaica, Trinidad, Suriname, and smaller islands like Martinique and Guadeloupe. The authors provide an overview of Caribbean music—its forms and innovations, its musicians, its festivals and dance halls, and its fans—and trace its primarily African and European roots. They explore the modern genres' relationship to issues of race, regional diversity, gender, and socio-political conflicts.

Given the international popularity of such Caribbean genres as reggae and salsa, this book is a critical resource for understanding musical styles that have become a dynamic part of world culture.