Items related to Mysteries of the Human Soul

Mysteries of the Human Soul 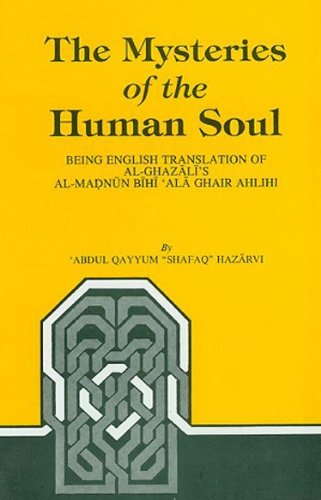 The question: What is the human soul? is as old as man's appearance on the earth. Almost every nation, each according to its understanding and knowledge, has tried to find an answer to this question. Philosophers and scientists have endeavoured to solve this problem. The materialistic thinkers of the West deny the existence of any such entity as soul.

al-Ghazzali who is one of the greatest exponents of Islam of all ages and is rightly regarded as the Proof of Islam has rendered a great service to the Community by his rational and easy espositions, both in Arabic and Persian. he stands prominent in harmonising reason with revelation on a rational basis, and fearlessly refutes the heretical doctrines of some of the most eminent philosophers of his day.