Items related to The Manchurian Candidate 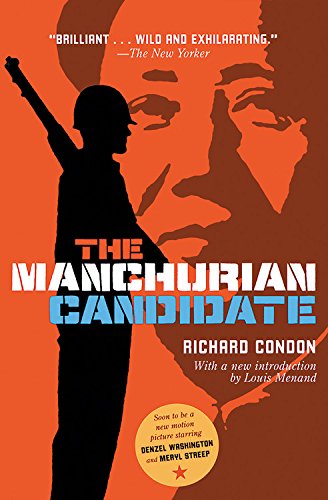 Everyone knows the controversial 1962 film of The Manchurian Candidate starring Frank Sinatra and Angela Lansbury, even though it was taken out of circulation for 25 years after JFK's assassination. Equally controversial on publication, and just as timely today, is Richard Condon's original novel. First published in 1959, The Manchurian Candidate is Condon's riveting take on a little-known corner of the cold war, the almost sci-fi concept of American soldiers captured, brainwashed, and programmed by their Chinese captors to return to the states as unsuspected political assassins. Condon's expert manipulation of the book's multiple themes ? from anticommunist hysteria to megalomaniacal motherhood ? makes this one of the most dazzling, and enduring, products of an unforgettable time. This classic of cold war paranoia includes a new introduction by Pulitzer Prize winning author Louis Menand.

Richard Condon's 1959 Cold War thriller remains just as chilling today. It's the story of Sgt. Raymond Shaw, an ex-prisoner of war (and winner of the Congressional Medal of Honor) who, brainwashed with the rest of his unit by a Chinese psychological expert during his captivity in North Korea, has come home programmed to kill. His primary target is a U.S. presidential nominee. Made into a controversial 1962 movie with Laurence Harvey, Frank Sinatra, and Angela Lansbury.