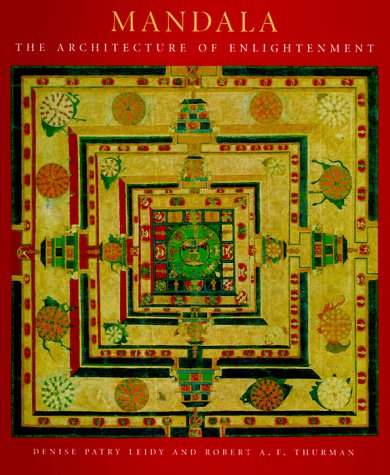 The mandala appears in many forms - painted, made of sand, modelled three-dimensionally or constructed completely in the mind of the meditator. This volume presents the art and philosophy of the intriguing design in 100 examples, including the Copper Palace of Padmasambhava from Bhutan, a painted and gilded star mandala from Japan and the Kalachakra Father-Mother from Tibet. In addition, a history and overview of mandala art throughout the Eastern world is presented, chronicling its development, beginning in India and moving to countries as far afield as Japan and Indonesia. An essay by Robert Thurman, Head of Tibet House, comments on uses of the mandala in Buddhist philosophy and mediation, describing esoteric visualizaiton practices intended to perfect the self. The volume is based on an exhibition at The Asia Society Galleries and Tibet House, New York.

Robert A. F. Thurman is a professor of Indo-Tibetan Buddhist Studies at Columbia University in New York.