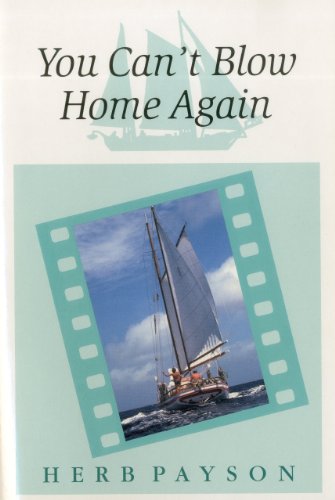 In this charming,thought-provoking sequel to Blown Away , Herb Payson's singular determination and self-effacing humor are irresistible as he and his family make a Pacific Ocean passage in an old wooden sailboat.

Herb Payson gave up his job as a jazz pianist in the Los Angeles area for the cruising life in 1973. Since then, he and his wife Nancy have become well-known habituÂŽs of the many ports of call between California and New Zealand. A contributing editor to SAIL magazine, Herb is the author of Blown Away and Advice to the Sealorn.

Contains more of the same jolly cruising in the South Pacific as did Payson's previous book, Blown Away. There's also more of the same self-deprecating humor, more good seafearing yarns and anecdotes. Yet beneath the subterfuge of a raconteur and comic is a man who knows the way of a yacht, a man who is mechanically and navigationally competent, and one who, I'll bet, is cool in a jam though more often than not, he depicts himself as a clown. For the vicarious voyager, this is an amusing and informative read; for someone bound to the South Pacific, a vade mecum. (Sail Magazine)