Items related to The Secret 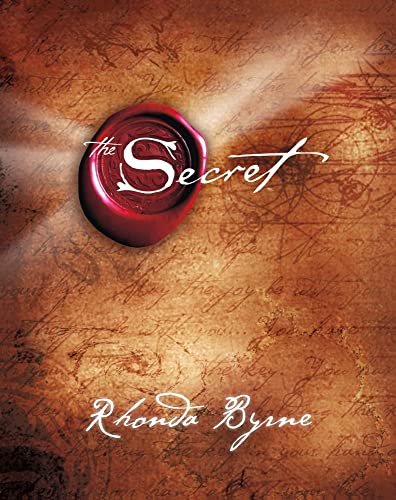 In 2006, a groundbreaking feature-length film revealed the great mystery of the universe—The Secret—and, later that year, Rhonda Byrne followed with a book that became a worldwide bestseller. Fragments of a Great Secret have been found in the oral traditions, in literature, in religions and philosophies throughout the centuries. For the first time, all the pieces of The Secret come together in an incredible revelation that will be life-transforming for all who experience it. In this book, you’ll learn how to use The Secret in every aspect of your life—money, health, relationships, happiness, and in every interaction you have in the world. You’ll begin to understand the hidden, untapped power that’s within you, and this revelation can bring joy to every aspect of your life. The Secret contains wisdom from modern-day teachers—men and women who have used it to achieve health, wealth, and happiness. By applying the knowledge of The Secret, they bring to light compelling stories of eradicating disease, acquiring massive wealth, overcoming obstacles, and achieving what many would regard as impossible.

The Secret is truly the most outstanding book to date that we have published. I am so pleased that Rhonda Byrne was able to bring together this life-changing information so masterfully. She first did it for the movie of the same name that she produced, which has been a phenomenon in its own right. She then added, in only ones month's time, incredible additional content to the transcript of the film that brings even more clarity to the reader. This is absolutely a book that people from all walks of life can read and then "get" the concept of The Secret. It allows them to then take it and apply it to their lives. Children, teenagers and adults of all ages are reporting miraculous stories of positive changes as a result. Rhonda Byrne is dedicated to maintaining the integrity of The Secret and to making sure that now, finally, the whole world knows about The Secret. You will want to share this with your friends and family and they will be grateful for it. This book gives hope for what many have been waiting for-- a shift in the way the world thinks. Its a very exciting time that we are living in, and I as well as everyone at Beyond Words and Atria Books are grateful to be a part of it.

Rhonda Byrne is the creator behind The Secret, a documentary film that swept the world in 2006, changing millions of lives and igniting a global movement. Later that same year, Rhonda’s book of The Secret was released. It has been translated into more than fifty languages and remains one of the longest-running bestsellers of this century. Rhonda has written three more bestselling books: The Power in 2010, The Magic in 2012, and Hero in 2013.