Fall Down Laughing: How Squiggy Caught Multiple Sclerosis and Didn't Tell Nobody 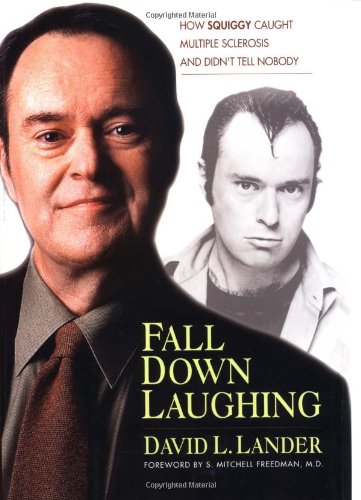 The actor who played "Squiggy" on television's Laverne and Shirley offers fans an inspirational, touching memoir of his long fight with multiple sclerosis with humor and pathos. 25,000 first printing.

Best known for his portrayal of the character "Squiggy" on the sitcom Laverne and Shirley (1976-1983), David Lander has appeared in feature films including Who Framed Roger Rabbit, A League of Their Own, and A Bug's Life. He has guest-starred on more than thirty television shows, including Mad About You, Twin Peaks, and Pacific Blue. A lifelong baseball fan, he is a scout for the Anaheim Angels and part owner of the Portland Beavers, a Minor League ballclub. In addition to his active film and television career, Lander is the Goodwill Ambassador for the National M.S. Society.

1. Fall Down Laughing: How Squiggy Caught Multiple Sclerosis and Didn't Tell Nobody

2. Fall Down Laughing: How Squiggy Caught Multiple Sclerosis and Didn't Tell Nobody