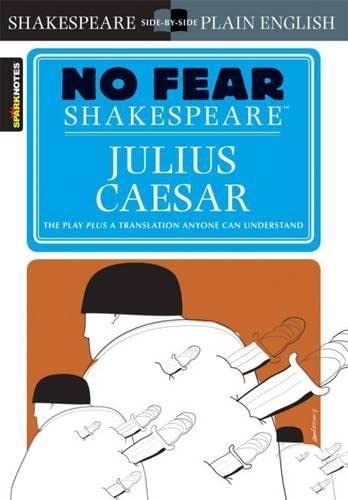 Read Shakespeare’s plays in all their brilliance—and understand what every word means!

Don’t be intimidated by Shakespeare! These popular guides make the Bard’s plays accessible and enjoyable.

Each No Fear guide contains:

William Shakespeare (26 April 1564 – 23 April 1616) was an English poet, playwright, and actor, widely regarded as the greatest writer in the English language and the world's pre-eminent dramatist. He is often called England's national poet, and the "Bard of Avon". His works, including collaborations, consist of approximately 38 plays, 154 sonnets, two long narrative poems, and a few other verses. His plays have been translated into every major living language and are performed more often than those of any other playwright.

With a few useful sound effects to set the stage--a fanfare of trumpets, the clash of swords or thunder--and a few sections summarized to ease the transition from stage to radio, this CBC production is quite accessible. Early on, the production is somewhat muted; lines are delivered more quietly, and less anxiously, than one might expect when murder and portents are being discussed. However, the later sections are striking. The complex crowd scenes come through clearly, and Mark Anthony's famous "Friends, Romans, countrymen" speech at Caesar's funeral is delivered in rich tones that ring from it every ounce of irony and drama. G.T.B. © AudioFile 2004, Portland, Maine-- Copyright © AudioFile, Portland, Maine