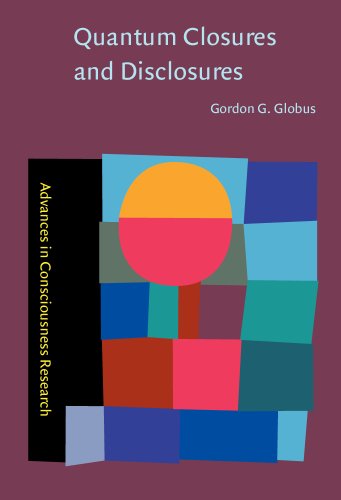 Quantum Closures and Disclosures thinks together two seemingly irreconcilable discourses: An application of quantum field theory to brain functioning, called quantum brain dynamics, and the continental postphenomenological tradition, especially the work of Martin Heidegger and Jacques Derrida. Underlying both developments is a new ontology of nonCartesian dual modes whose rich provenance is their "between." World is disclosed in the lumen naturale of dual modes belonging-together in their between; all presencing is a function of a "~conjugate" form of match in the between. This surprising rapprochement between a powerful tradition within continental philosophy and the 20th-century quantum revolution in science is fruitfully applied to crucial issues in philosophy, brain science, mathematics and psychiatry.

Related Titles: Quantum Brain Dynamics and Consciousness: An introduction, edited by Mari Jibu and Kunio Yasue (1995), and My Double Unveiled: The dissipative quantum model of the brain, by Giuseppe Vitiello (2001)

Gordon G. Globus is Professor Emeritus of Psychiatry and Philosophy, University of California at Irvine.