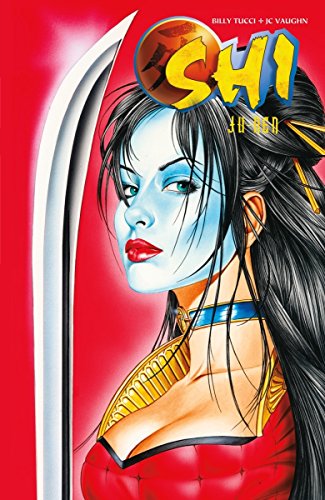 Ana Ishikawa returns to her native Japan where she desperately tries to avert an all out war between the secretive sects of the Kyoto and Nara Sohei. And with the Narans of the verge of annihilation, the Kyoto Sohei are about to rub it in - with the encouragement of the Yakuza and with potentially disastrous consequences. Once again, Ana in the guise of Death Incarnate, will take up the naginata and don her grandfather's Kabuki face paint in order to save both cities, even if it means turning to her father's murderer Masahiro Arashi to do so.

Ten years down the road from the "Shi" murders in New York, Ana is seeking peace from her demons in the quiet Shiretoko Forest in Hokkaido, Japan. Meanwhile, an ancient war between the rival monk warriors of Kyoto and Nara is about to come to a bloody climax. The Kyotos are performing a classic Kabuki in the heart of the Nara city, and Ana's grandfather, Yoshitora, is the main attraction. While she tries to resist the call to battle, Ana once again dons a warrior persona and becomes Shi to protect her family honor. Sleek line work and a rich, brilliant palette make this book a stunning visual feast. Its high drama of family honor, intrigue, and destiny extends well beyond the words and into the art and, indeed, gives the story an almost Kabuki feel of its own. Tucci's rich, textured story also doesn't disappoint action fans, though readers less familiar with the graphic-novel universe of which this book is a part may feel a little lost in the backstory. Tina Coleman
Copyright © American Library Association. All rights reserved