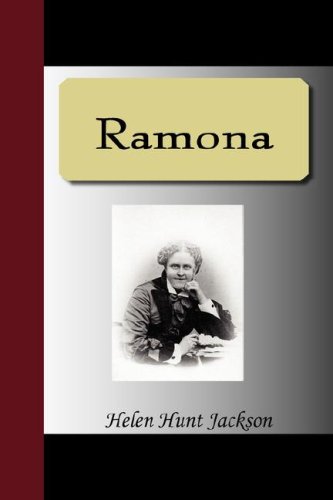 Ramona was immensely popular almost immediately upon its release, with over 15,000 copies sold in the ten months before Jackson's death in 1885. Just a year later in 1886, the North American Review called it "unquestionably the best novel yet produced by an American woman" and named it, along with Uncle Tom's Cabin, one of two most ethical novels of the 19th century.

Ramona has often been compared to Uncle Tom’s Cabin for its influence on American social policy, and this is the only edition available that presents this important novel in its full historical context. A huge popular and critical success when it was first published in 1884, Ramona is set among the California Spanish missions and tells the story of the young mixed-blood heroine, Ramona, and her Native American lover Alessandro, as they flee from the brutal violence of white settlers.

This Broadview edition re-examines the novel’s legacy by placing it alongside public speeches, letters, and newspaper articles that promoted what was ultimately a damaging campaign by reformers to “assimilate” Native American peoples. Selections from Jackson’s non-fiction writings call into question the link between assimilationist policies and the story told in Ramona; also included are the writings and testimonies of some of Jackson’s Native American contemporaries, as well as a selection of travel essays and images that helped to create “the Ramona myth.”

"If I could write a story that would do for the Indian a thousandth part of what "Uncle Tom's Cabin did for the Negro," wrote Helen Hunt Jackson, "I would be thankful the rest of my life." Jackson surpassed this ambition with the publication of "Ramona, her popular 1884 romantic bestseller.
A beautiful half Native American, half-Scottish orphan raised by a harsh Mexican "ranchera, Ramona enters into a forbidden love affair with a heroic Mission Indian named Alessandro. The pair's adventures after they elope paint a vivid portrait of California history and the woeful fate of Native Americans and Mexicans whose lands and rights were stripped as Anglo-Americans overran southern California.
Set from the first American edition of 1884, this Modern Library Paperback Classic includes Jose Marti's 1888 prologue (translated from the Spanish by Esther Allen).