Items related to The Night Of The Hunter

Grubb, Davis The Night Of The Hunter

The Night Of The Hunter 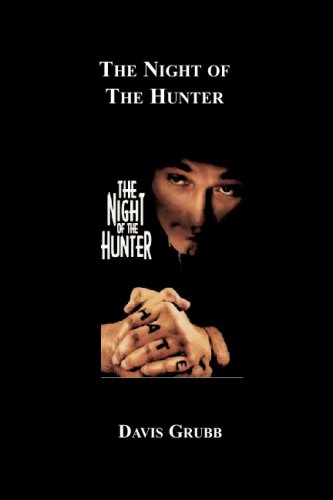 Inspired by serial killer Harry Powers, "The Bluebeard of Quiet Dell," who was hung in 1932 for his murders of two widows and three children. This best-selling novel, first published in 1953 to wide acclaim by author Grubb, (who like Powers lived in Clarksburg, West Virginia), served as the basis for Charles Laughton's noir classic . Renamed "Harry Powell," the lead character in this book, with LOVE and HATE tattooed on his fingers, is remembered as one of the creepiest men in book and cinema history.

Davis Grubb (1919–1980) was an American short-story writer and novelist. Born in Moundsville, West Virginia, he moved to New York City in 1940 to be a writer. His stories were published in magazines such as Collier’s, Cosmopolitan, and Woman’s Home Companion, and in three collections. The Night of the Hunter, the first of his ten novels, was an instant bestseller and finalist for the National Book Award. Some of his short stories were adapted for television on The Alfred Hitchcock Hour and Rod Serling’s Night Gallery; his novel Fools’ Parade was the basis for a 1971 film starring James Stewart.

This superb, suspenseful novel formed the basis of the only film ever directed by Charles Laughton, a cult classic starring Robert Mitchum, Lillian Gish, and Shelly Winters. During the Depression, a psychopath masquerading as an itinerant preacher, begins a ruthless quest for ill-gotten loot, the whereabouts of which are known only by the young son of a dead thief and his younger sister. Jeff Harding pulls out all the stops, fully-voicing the West Virginia characters and contributing a spooky grumble to the narration. At times he sends shivers up your spine; at other times he is melodramatic, bathetic, or unintentionally funny. He is, however, never dull, and neither is this book. Y.R. © AudioFile 2001, Portland, Maine-- Copyright © AudioFile, Portland, Maine

1. The Night Of The Hunter

2. The Night Of The Hunter

3. The Night Of The Hunter

4. The Night Of The Hunter

5. The Night Of The Hunter

6. THE NIGHT OF THE HUNTER