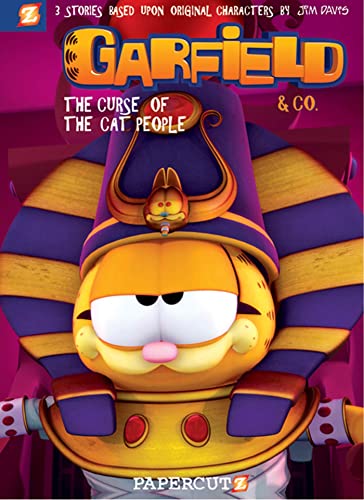 Beauty contests and parallel universes ― it's all here in Garfield's second graphic novel! In "The Curse of the Cat People" Garfield and Odie are transported by a magic mirror to an alternate universe of Ancient Egypt where cats rule the world. Hilarity ensues when the cat people tell Garfield his arrival fulfills an ancient prophecy that will transform their world forever, and that he is their new Pharoah! Also featuring "The Pet Show" and "Bone Diggers."

Cedric Michiels has adapted several GARFIELD television shows into comics for Dargaud Media. He is a staff member at Dargaud media where he writes and edits.

Ellipsanime is one of the foremost animation production studios in the world, developing children's programs, TV series and animated films. Recent work by the studio includes Garfield, Contraptus, Babar, Tintin, and Miss BG.

3. Garfield and Co 2: The Curse of the Cat People