Items related to The Samaritan: A Novel (Carter Blake)

The Samaritan: A Novel (Carter Blake) 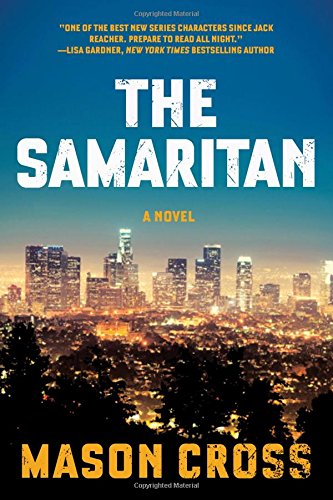 The thrilling sequel to Mason Cross' The Killing Season, a new and energetic crime saga featuring Carter Blake, a protagonist in the tradition of Jack Reacher, Alex Cross, and Jason Bourne.

When the mutilated body of a young woman is discovered in the Santa Monica Mountains, LAPD Detective Jessica Allen knows she's seen this before―two and a half years ago on the other side of the country.

A sadistic serial killer has been operating undetected for a decade, preying on lone female drivers whose cars have broken down. The press dub the killer 'the Samaritan,' but with no leads―and a killer who leaves no traces―the police investigation quickly grinds to a halt.

That's when Carter Blake shows up to volunteer his services. He's a skilled manhunter with an uncanny ability to predict the Samaritan's next moves. At first, Allen and her colleagues are suspicious. After all, their new ally shares some uncomfortable similarities to the man they're tracking. But as the Samaritan takes his slaughter to the next level, Blake must find a way to stop him . . . even if it means bringing his own past crashing down on top of him.

Mason Cross is the author of The Killing Season and The Samaritan. You can find out more by visiting his website at masoncross.net. He lives in Glasgow, Scotland.

“Fans of Jeffery Deaver―that other thrill-master who can't resist piling on the climactic twists even as the lights are coming up and you're looking for your umbrella―should be enthralled.”
- Kirkus Reviews

“British author Cross makes a spectacular U.S. debut with this harrowing thriller. The gripping, intense pace and the intriguing characters will keep readers on the edge of their seats. Hope for a sequel!”
- Library Journal (starred review)

“Even jaded genre readers will be absorbed by Cross’s second thriller featuring manhunter Carter Blake. Cross makes the most of alternating perspectives, building up to a logical but surprising climax.”
- Publishers Weekly

“Cross’s skills at plot, locale, and character are impressive. Additionally Blake is as intriguing as he is competent, with a few skeletons in his closet to add to his credibility.”
- Bookgasm

1. The Samaritan: A Novel (Carter Blake)

2. The Samaritan: A Novel (Carter Blake)

3. The Samaritan: A Novel (Carter Blake)

4. The Samaritan: A Novel (Carter Blake)