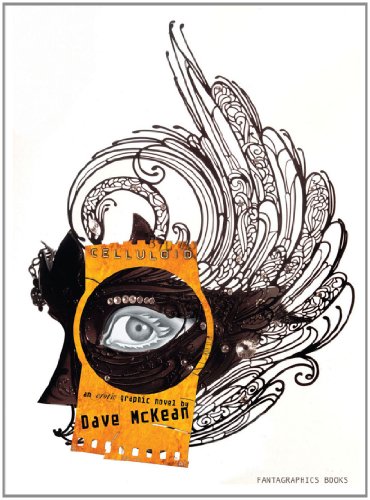 About the Author:
Dave McKean is an illustrator of books and comics, and a maker of films. His graphic novel Cages was recently re-released by Dark Horse Comics. He lives in Kent, England, with a wife, many fish, some millipedes and two children.
Review:
“The visionary art director behind The Sandman’s covers creates a coital masterwork that elicits beauty and excitement in equal measure.... Celluloid is a treasure of technical finesse and sensual mystique that transcends its potential controversy.”
- Sean Edgar, Paste

“Dave McKean’s art never fails to amaze me... I’ll never look at a fig, a pear, or a red tomatillo the same way again. ...I think this would make a good paper anniversary gift.”
- Gene Ambaum, The Unshelved Book Club

Book Description Hardcover. Condition: Neu. Dust Jacket Condition: Neu. 1. Auflage. Seattle, WA: Fantagraphics Books, 2011. First Edition, First Printing. A fine copy in a fine dustwrapper. Signed by the author on the front free endpaper. This item from our catalogue 14: Graphic Novels & Comics in English followed by a selection of works in German, which you can view at ygrbooks.ch. This novel was listed in an article entitled "50 Essential Graphic Novels", which was published on AbeBooks on the 7th of November 2013. Signatur des Verfassers. Seller Inventory # 014013

Shipping: US$ 41.24
From Switzerland to U.S.A.
Destination, rates & speeds