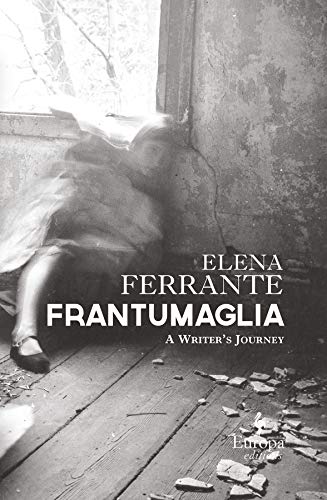 From the author of My Brilliant Friend

This book invites readers into Elena Ferrante’s workshop. It offers a glimpse into the drawers of her writing desk, those drawers from which emerged her three early standalone novels and the four installments of My Brilliant Friend, known in English as the Neapolitan Quartet. Consisting of over 20 years of letters, essays, reflections, and interviews, it is a unique depiction of an author who embodies a consummate passion for writing.

In these pages Ferrante answers many of her readers’ questions. She addresses her choice to stand aside and let her books live autonomous lives. She discusses her thoughts and concerns as her novels are being adapted into films. She talks about the challenge of finding concise answers to interview questions. She explains the joys and the struggles of writing, the anguish of composing a story only to discover that that story isn’t good enough. She contemplates her relationship with psychoanalysis, with the cities she has lived in, with motherhood, with feminism, and with her childhood as a storehouse for memories, impressions, and fantasies. The result is a vibrant and intimate self-portrait of a writer at work.

Elena Ferrante is the author of The Days of Abandonment (Europa, 2005), which was made into a film directed by Roberto Faenza, Troubling Love (Europa, 2006), adapted by Mario Martone, and The Lost Daughter (Europa, 2008), soon to be a film directed by Maggie Gyllenhaal. She is also the author of a Frantumaglia: A Writer’s Journey (Europa, 2016) in which she recounts her experience as a novelist, and a children’s picture book illustrated by Mara Cerri, The Beach at Night (Europa, 2016). The four volumes known as the “Neapolitan quartet” (My Brilliant Friend, The Story of a New Name, Those Who Leave and Those Who Stay, and The Story of the Lost Child) were published in America by Europa between 2012 and 2015. The first season of the HBO series My Brilliant Friend, directed by Severio Costanzo premiered in 2018.

“Frantumaglia [may be] her most experimental text yet, a massive prank on criticism and the media: all of it done to show us how badly we read what we read, how badly women writers are treated, and how badly the press operates.”
—Alexander Chee, New Republic

"Elena Ferrante (for that is her real name, regardless of the private identity of the woman who uses it in public) has created a body of work that stands alone. This represents an entire world, made up of language, family, gesture, emotions, politics and culture."
—Roxana Robinson, The Washington Post

"Now, American readers hungry for every Ferrante sentence they can get will find many here in which she lowers her knife through the bread of life with the same startling force as she does in her novels.”
—The Los Angeles Times

“In Ferrante’s invention, experience is fluid, not limited to the border of any particular self...Her world, as far as any reader should be concerned, easily maintains its integrity.”
—Los Angeles Review of Books

"Ferrante's work is not about women or friendship or abandonment: It is, rather, about a sense of the deep-down rawness of life itself—which runs like an electrical current beneath the prose—and it is responsible for the thousands of pages of writing she has sent out into a world of readers hungry to feel alive to their own perilous condition."
—Vivian Gornick, The Nation

“While this collection will be most enticing to those already reading Ferrante, it’s also a feast for writers, lovers of literature, and creators of all kinds.”
—Booklist

“To be a woman is to live in a state of flux. At her wisest, Ferrante’s writing reverses literary tradition so that it’s the experience of being a woman that becomes the universal.”
—Dissent Magazine

“So here is Ferrante in written fragments...She’s anxious and protective; warm and kind; a woman is who simultaneously politically engaged and an aesthete...But her intellect isn’t cold, her application of theory isn’t done objectively—the women that populate her novels are not merely flat, fictional objects to Ferrante, rather they’re real and visceral (‘the word is always flesh’).”
—Jezebel

“I must confess that the words of Ferrante that have captivated me the most are included in Frantumaglia—something she wrote about writing.”
—Asymptote

"Ferrante's true readers (as opposed to fans – she draws a sharp distinction between the two) will be grateful for Frantumaglia and the story it tells, which is exquisite, regardless of those who would fact-check her."
—The Millions

"This is a fascinating volume, as ever beautifully translated by Ann Goldstein. At times, it is as absorbing as Ferrante's extraordinary fictions and touches on troubling unconscious matter with the same visceral intensity."
—The Guardian

"In Frantumaglia there are some outstanding passages of literary criticism, feminist theory, film studies, sociology and philosophy. As a reader one longs to forget the gossip about her identity and just appreciate her as a critical thinker."
—The Sunday Times

"Never less than compelling...As a book of fragments, the title refers to the nature of the contents. But it also speaks to a vision of the self that is communicated throughout the material: human identity as something partial, fragmented, conflicted and heterogeneous."
—The Australian

"[Frantumaglia is] a magnificent jumble of insights, reactions, and philosophical play."
—Lili Loufbourow, The Week Magazine

"We learn plenty about Ferrante in the pages of Frantumaglia...Ferrante has long maintained that everything we need to know about her is in her novels. Frantumaglia rounds out this picture."
—Toronto Star

"Her letters and interviews are decidedly not mere chatter: they, too, are literary works. They show artistry and imagination, and Ferrante even notes the difficulty of answering interview questions because they lead her into a complicated maze of storytelling, artifacts, and searching.”
—The Kenyon Review

“Everyone should read anything with Ferrante’s name on it.”
—Eugenia Williamson, The Boston Globe

“Ferrante has written about female identity with a heft and sharpness unmatched by anyone since Doris Lessing.”
—Elizabeth Lowry, The Wall Street Journal

“Ferrante’s writing seems to say something that hasn’t been said before—it isn’t easy to specify what this is—in a way so compelling its readers forget where they are, abandon friends and disdain sleep.”
—Joanna Biggs, The London Review of Books

“To disagree over the quality of a Ferrante passage is often to run up against what you cannot answer or digest.”
—Jedediah Purdy, The Los Angeles Review of Books

“Who, in American literature today, deals with the subtleties of class difference in such a painful and sensitive way, while achieving even a fraction of Ferrante’s massive popularity? . . .  We must go to the fictionalized Naples of Ferrante to read the story we want to believe can happen again in our country.”
—Alissa Quart, BuzzFeed