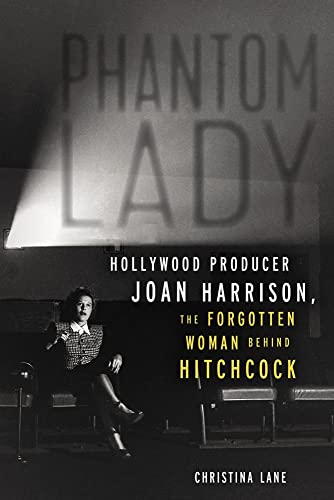 Book Description Hardcover. Condition: New. Hardcover. Shipping may be from multiple locations in the US or from the UK, depending on stock availability. 400 pages. Seller Inventory # 9781613733844

Book Description Chicago Review Press, United States, 2020. Hardback. Condition: New. Language: English. Brand new Book. In 1933, Joan Harrison was a twenty-six-year-old former salesgirl with a dream of escaping both her stodgy London suburb and the dreadful prospect of settling down with one of the local boys. A few short years later, she was Alfred Hitchcock's confidante and one of the Oscar-nominated screenwriters of his first American film, Rebecca. Harrison had quickly grown from being the worst secretary Hitchcock ever had to one of his closest collaborators, critically shaping his brand as the "Master of Suspense." Forging her own public persona as the female Hitchcock, Harrison went on to produce numerous Hollywood features before becoming a television pioneer as the producer of Alfred Hitchcock Presents. A respected powerhouse, she acquired a singular reputation for running amazingly smooth productions-- and defying anyone who posed an obstacle. She built most of her films and series from the ground up. She waged rough-and-tumble battles against executives and censors, and even helped to break the Hollywood blacklist. She teamed up with many of the most respected, well-known directors, writers, and actors of the twentieth century. And she did it all on her own terms. Author Christina Lane shows how this stylish, stunning woman became Hollywood's most powerful female writer-producer--one whom history has since overlooked. Seller Inventory # ABZ9781613733844

Book Description 2020. Hardcover. Condition: New. Hardcover. In 1933, Joan Harrison was a twenty-six-year-old former salesgirl with a dream of escaping both her stodgy London suburb and the dreadful prospect of settling down with one of.Shipping may be from our Sydney, NSW warehouse or from our UK or US warehouse, depending on stock availability. 400 pages. 0.482. Seller Inventory # 9781613733844